We are hosting a series of lunchtime concerts on Tuesday’s beginning at 12noon in May and June. Concerts will last approximately 45 minutes and you are welcome to bring your lunch to eat during the performance. Admission is free. Donations accepted.

Gianetta Baril is an award-winning concert harpist who makes her home in Calgary. Performing throughout Europe, Brazil and Canada, she consistently receives praise for her warm presence, dramatic artistry and spectacular technique. Her long career has been filled with memorable moments including a concert tour behind the Iron Curtain, a solo performance for Queen Elizabeth and the opening recital of the First São Paulo HarpFest in Brazil. Gianetta was particularly honoured to present a solo concert as part of the 2008 International Eucharistic Congress in Quebec City, an event which touched her profoundly both as a musician and personally.

Dedicated to serving underprivileged young people through music, in 2014 Gianetta began an intensive fund-raising initiative “Harping for Harps” which, to date, has facilitated the donation of 9 harps as a starting point for 4 social projects in Brazil. She now returns each year on a volunteer basis to teach dozens of children whose horizons have been expanded through the gift of music.

Gianetta finds it a special honor to share as a guest speaker and performer for retreats, church services and other spiritually focussed activities. Drawing from her broad range of classical repertoire, from Bach to contemporary and ancient chant arrangements to modern hymns, improvised contemplative moments are also interwoven with reflections and stories from her life’s varied journeys – physical and spiritual – creating an inspiring evening of personal testimony to God’s grace.

Stephanie Soltice-Johnson is currently Assistant Principal Second Violin of the Calgary Philharmonic Orchestra, a position she has held since 1986. Prior to joining the CPO, Stephanie received a Bachelor of Music in Performance from Indiana University. A native Calgarian, she attended the Mount Royal College Academy of Music program and served as Concertmaster for the Calgary Youth Orchestra.
Stephanie is also very active as a chamber musician. She was a founding member of the Kensington Sinfonia and the Beau Quartet and has appeared as a performer with the Calgary New Works Ensemble, Aubade, Rosa Selvatica, Bell’Arte Strings, Lily String Quartet, Allegra String Quartet, Festival Chorus and the Calgary Bach Society. Stephanie has coached chamber music for the Academy Program at MRU. She has two daughters, both budding musicians.

A native of Montreal, Kimberley-Ann Bartczak is a conductor, pianist and vocal coach. Currently the Resident Conductor and Repetiteur at Calgary Opera, she is also on staff at Opera on the Avalon, an alumna of Vancouver Opera’s Yulanda M. Faris Young Artist Program and has performed coast to coast across Canada as well as in the United States, Mexico and Europe. Recent appearances include: music director for Menotti’s Amahl and the Night Visitors at Calgary Opera, Stephanie Martin’s Llandovery Castle with Bicycle Opera Project, and principal coach for Beethoven’s Fidelio at Pacific Opera Victoria. She is currently the music director for the world premiere of Veronika Krausas’ Ghost Opera, at Calgary Opera.

Nan Hughes is a lyric mezzo-soprano, whose interest in a variety of musical genres has taken her around the globe.  Solo orchestral appearances include the Vienna Chamber Orchestra, in Vienna and Eisenstadt (Mozart), the Norddeutscher Rundfunk Orchestra in Hamburg (a live broadcast of Pendereçki’s music, conducted by the composer), the Dnipropetrovsk Symphony Orchestra in Kiev, the Calgary, Edmonton, London and Vancouver symphonies in Canada, and the Charlotte Symphony in North Carolina (Beethoven).  She has toured throughout Europe, the United States, Ukraine and Brazil as soloist with New York’s Continuum contemporary chamber music ensemble, working with composers such as John Cage, Earl Kim, Giya Kancheli, Leon Kirchner, and Roberto Sierra, among many others.
A member of the vocal trio, Times Three (www.timesthree.org), she appears, in Andrews sisters’ style, with pops symphonies in the USA and in Canada.   In Macedonia, she filmed Dimitrije Buzarovski’s Songs of Peace and War for Macedonian television.  That cycle was written specifically for her. Other premieres include the title role in Sebastian Hutchings’The Agony of Mrs. Stone (Banff, 2009) and the role of Katherine Anne Porter in Anton Coppola’s  Sacco and Vanzetti (Opera Tampa, 2001). She has many recordings to her credit, most recently  Berg and Zemlinsky with the Gruppo Montebello chamber orchestra (October 2017).  Of that recording, Opus Klassiek writes, “Last but not least, is Nan Hughes’s magnificent voice that gives these songs an optimum expressive vocal form.”

Claire is from Yorkshire, England and is a graduate of the Royal College of Music, London. After studying at music college, Claire worked in various music schools including Bermuda School of Music, Hamilton Bermuda. Now permanently residing in Calgary, Claire is music director and vocal coach of Silver Stars Musical Revue Society. She is also accompanist at Calgary Girls Choir and performs regularly in recitals. Taking music in the community is important to Claire and she enjoys outreach with her various groups which include The Jabberwocky Players – a music ensemble that presents to children. Claire’s musical interests extend beyond her classical training and she enjoys performing jazz with Clicquot Trio. 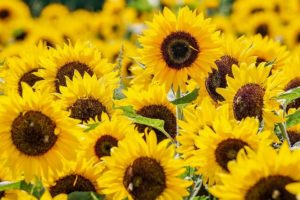 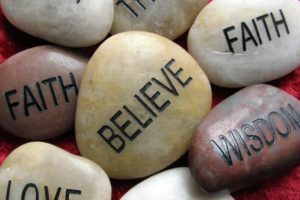 Richard Rohr’s “Falling Upward: A Spirituality for the Two Halves[...] 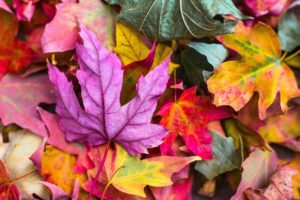 © 2023 · This site is owned by St. Andrew's Anglican Church, and the Anglican Diocese of Calgary