Whether we find ourselves in a time of stability or in a time of change and transition, “What can we count on?”

Death and taxes. That is the classic answer.

In our journey through the Gospel according to Matthew, today we hear about the ubiquitousness of taxes in a scene from the last days of Jesus’ teaching. Jesus and his disciples are staying in Bethany, just outside of Jerusalem, and have traveled into the city for a second time to visit the Jerusalem temple where Jesus has been causing a stir. He has just told several parables that point to a rejection of Israel’s leaders and now conflict with those leaders intensifies as they ratchet up their plot against him. Today we hear the first of a series of questions designed to entrap Jesus and give a good reason for his arrest and eventual crucifixion.

After a flowery introduction… trying to butter him up as it were… the question comes: “Is it lawful to pay taxes to the emperor, or not?” It seems simple and innocent enough, but it is neither. The social, economic and religious circumstances of the time, makes it in fact, a trick question. In the ancient world, there was no separation between religion and politics or between religion and economics. There was no such thing as the separation of Church and State. Politics, economics and religion were basically one in the same. The temple in Jerusalem was the centre of Jewish religious life, and it was also the state treasury. Rulers of nations were at the very least authorized by the local divinity, like King David in his day, but in the Roman Empire, the Emperor Caesar was divine.

This combination of politics, economics and religion is exemplified in the coinage. In their book Excavating Jesus, biblical scholar John Dominic Crossan and archaeologist Jonathan Reed describe coinage as “the only mass medium of antiquity.” This means that coins were the primary way of communicating information to the masses. Roman coins “said that Caesar was divi filius, Son of God, and pontifex maximus, the supreme bridge builder between heaven and earth, the high priest of Roman state religion.” So coins, instruments of the economy, show the political leader – the emperor or king – as “Son of God.” Religion, politics and economics are combined such that Crossan and Reed conclude that “only religio-politics or politico-religion was possible in that situation, and confrontation was always double, never against one or the other, but always against both inextricably together.” (276) A religious change therefore meant a political one and vice versa.

It was in this world that Jesus is asked: “Is it lawful to pay taxes to the emperor, or not?” It is a simple yes or no question but the trick comes because of the combination of politics, economics and religion. If Jesus responds “yes,” he will alienate the Jewish nationalists who oppose the Kingdom of Rome and therefore oppose paying taxes. They were the separatists of the day, who wanted to overthrow, throw out, the Roman colonial power so that they could once again be a free and independent people. On the other hand, if Jesus responds “no,” he speaks treason. Those who oppose paying taxes oppose the divine authority of the Emperor Caesar, and would be subject to arrest by the Romans.

Jesus is, or course, aware of the trap and responds not with yes or no, but instead asks his questioners to show him the “legal tender” with which the tax is paid. The crux is that this “legal tender” was a Roman coin that pronounced the divinity of Caesar – an idolatrous image – yet found within the grounds of a temple devoted to the worship of Yahweh, not Caesar. The very fact that Jesus didn’t have any such coins and that his opponents did at the temple, says something important about the varying beliefs and practices. Carrying these coins or not is not just an economic statement but a religious and political one as well. With a coin before him, Jesus asks: “Whose head is this, and whose title?” And they say: “the emperor’s.” Finally Jesus responds: “Give therefore to the emperor the things that are the emperor’s, and to God the things that are God’s.” It is a nonsensical statement because there was no such distinction… the emperor was God and God the emperor. Jesus is commanding the impossible… something completely outside of the way things are. It is a statement that challenges the very nature of their reality.

I can remember being in one such moment years ago when I was visiting Guinea (Conakry) in West Africa. In the midst of a conversation with a local, perhaps one of the dancers or drummers we were with, I was asked: “do you live with your husband?” To which I replied, “no, I’m not married.” “So you live with your father,” he said. “No, I live on my own.” “So you live with your husband.” “No, I’m not married.” “So you live with your father.” We went around in a circle a couple of times when I realized that my answer “I live on my own” was impossible in that particular culture. My answer was nonsense because the very nature of that reality was such that a woman lived with her father or her husband. There was nothing else… no other option. We are all formed by our culture to ways of life that create and sustain our reality and we only become aware of this cultural formation when we’re confronted with something different. And even then it can take a good long while for a different reality – different possibilities – to sink in and alter our culture… our ways of being.

Jesus’ response: “Give therefore to the emperor the things that are the emperor’s, and to God the things that are God’s” is that kind of challenge to reality. It upends reality; changing the very structure of “the way things are.” Jesus’ response is impossible in a way that also, quite ironically, highlights the contradictions inherent in “the way things are.” How can you hold on to a coin that declares Caesar to be the “Son of God” and then call Jesus “Son of God”? How can you live in a world where you must have these coins to pay taxes and to buy food for survival, but to have them is a denial of your basic belief? It is an impossible situation, but it is also normal. And whether normal is good or bad, it is at least predictable and has a kind of comfort and safety to it.

Our culture, our reality, our way of life has changed dramatically since the ancient times in which Jesus lived and still… much remains the same. The power of the Gospel of Christ… the story of Jesus’ life, death and resurrection… continues to challenge “the way things are.” When our culture tells us that we will never be good enough… at our baptism, God declares us beloved children forever, sealed in love. When our culture tells us that we will only be happy if we buy the latest gadget, a bigger house, designer clothes… Jesus says “happy are the poor, for theirs is the kingdom of heaven.” When our culture tells us our value and worth is found only in our productivity… God commands us to rest and refresh for one whole day a week, and remember our worth is in God’s love for us. When our culture tells us to worship celebrity, to bow down to money and to fight for power… God, through Jesus, shows us the way to eternal and abundant life through vulnerability and sacrificial love.

Today Jesus answers a question designed to entrap with a tacit, if ambiguous, ‘yes’ – pay the emperor his taxes, for that is the world in which you live. But Jesus doesn’t leave it at that. Jesus goes on to open up the reality we know to the possibility that this normal is not the only normal there is. God’s normal is something different… the Kingdom of God is a wholly different normal… the oppressed go free, the poor are lifted up, the hungry are fed, the tired are given rest. “Give to God the things that are God’s.”

Death and taxes might be the things we can count on in the world. But in the kingdom of God we know abundance of life – eternal life – such that we don’t owe anything and so we are free to be joyful and gentle, kind and generous, grateful and whole. May we catch a glimpse of this alternate reality, the kingdom of God, in the beauty and energy and peace of our worship today, in our meeting of friends and strangers, and in the bread and wine we share. May this new reality become the new normal of our life together. 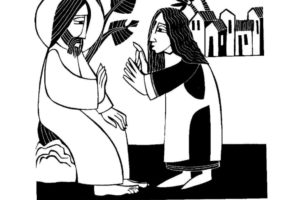 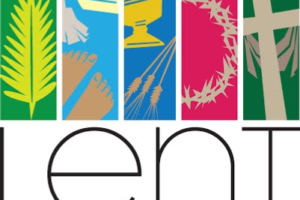 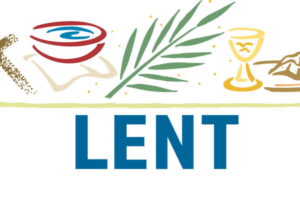