Do you have God all figured out? Do you know God’s will? Can you predict or explain God’s behaviour? Or even know what God’s behaviour is, in the first place? These are some of the many questions that the Book of Job raises, particularly today as God finally speaks, out of the whirlwind, in response to 35 chapters of being called upon by Job and theological monologues from his friends. Before considering God’s speech today, however, it’s worth going back to review what has happened so far…

The Book of Job is one of the most enigmatic in the Bible. It is a book of wisdom that explores the heart of what we believe about God, particularly as it relates to suffering. The book begins by introducing us to its main character, Job, in the very first verse: “There was once a man in the land of Uz whose name was Job.” The “land of Uz” is historically unknown, though the name “Job” was common. And so it is a timeless story of every man… a Hebrew version of: “Once upon a time, in a land far, far away…” The first verse continues by detailing Job’s character: “That man was blameless and upright, one who feared God and turned away from evil.” Job is the definition of a good man who has done well. He has a large family, and owns a large farm. He’s wealthy and happy and life is good.

This earthly scene of a regular good guy quickly shifts, however, to a heavenly one, beginning a pattern of alternating between earth and heaven, between human and heavenly beings. In verse 6, heavenly beings gather before God, including one called “HaSatan”… the Accuser. God brings Job to the attention of this Accuser and he immediately challenges God’s description of him as “blameless and upright… [always] fearing God and turning away from evil.” Sure, the Accuser says, but only because you have protected him. Job’s hard work has been blessed with success. But if that changed, the Accuser contends, Job would change his stripes.

God decides to let just that happen. Job’s animals and other property is stolen or destroyed by invaders; and all his children are killed in a terrible accident. Still Job remains faithful, not sinning or charging God with wrongdoing. (1:22) Then the pattern repeats, a level up. Following another conversation between God and the Accuser, Job’s health is attacked. Three of Job’s friends hear of Job’s tragedy and trouble and go to him. With the stage thus set, 35 chapters of poetic dialogue, a series of monologues, between Job and his friends, follow. It begins with Job’s lament in chapter 3 and then alternates between the others offering explanation and advice about Job’s suffering. A kind of triangle is created, where only 2 of the 3 points are possible. One corner says: “God is good”; the second is: “God rewards goodness and punishes unrighteousness”; the third contends: “Job is righteous.” But all three cannot be true. If God is good and God rewards goodness and punishes unrighteousness, then Job can’t be righteous. If Job is righteous and God rewards goodness and punishes unrighteousness, then God can’t be good. If God is good and Job is righteous, then God can’t reward goodness and punish unrighteousness. It is an impossible trinity.

Job’s friends work hard to convince him that he must have done wrong. If only Job would confess his sins, his life would turn around. Those who are righteous are not so afflicted. Job maintains his innocence throughout, however; and looks for pity and sympathy for his unjust suffering, for which he holds God responsible. Job expresses his brokenness and calls for the silent and distant God to answer. As we heard last Sunday from chapter 23, Job calls God to account, saying: “Today also my complaint is bitter;his hand is heavy despite my groaning. Oh, that I knew where I might find him, that I might come even to his dwelling! I would lay my case before him, and fill my mouth with arguments.” Job’s “case” is expressed in legal terms. Job calls for a mediator and lays out his legal case, so that God will have to admit that Job has a just cause. If only God would show up… again from last Sunday: “There an upright person could reason with him, and I should be acquitted forever by my judge… he knows the way that I take; when he has tested me, I shall come out like gold. My foot has held fast to his steps; I have kept his way and have not turned aside.” Despite his trouble, Job is unwavering.

After church last Sunday, I heard a few people commenting on this reading. “I know how he feels…” was one person’s first response. “That’s how I felt after my first marriage…” Another agreed, commiserating about a particularly difficult experience of unjust suffering her own life. Job is a most difficult book. It is a terrible, disturbing story to think that God would so wantonly allow a most faithful follower to be tested by accusing forces, ostensibly under God’s control. That God would stand by… helplessly, powerlessly, uncaringly… and allow a good person, good people, to suffer terribly. It is a terrible and disturbing story. And yet as I heard 2 people comment on it, I was struck by just how much it is a story that deeply resonates. So often… too often… suffering is unjust. Bad people are rewarded for bad behaviour and good people suffer for no good reason. It sucks. It might be a terrible story but we also know, intuitively or by hard won experience, that it’s true. We’ve seen it. We’ve lived it. And with Job, we want answers. We want an explanation. God needs to own up to God’s responsibility.

Today, we get what we want… sort of. After 35 chapters of lament, bad theology and a terrible lack of pastoral concern, today God speaks. “The Lord answer[s] Job out of the whirlwind: ‘Who is this that darkens counsel by words without knowledge? Gird up your loins like a man, I will question you, and you shall declare to me.’” And then follows 2 full chapters of rhetorical questions for Job, beginning ‘in the beginning’ of creation: “Where were you when I laid the foundation of the earth?” God asks. And so it goes, continuing on to detail the whole span of creation… the boundaries of the sky and the stars, the seas, the rising of the sun and the gates of death, the wind and rain and snow, and animal behaviour. At God’s behest, Job finally responds, briefly, to say he’s not going to say anything more. And then God resumes the onslaught of rhetorical questions about Job’s knowledge and power, for another 2 full chapters.

God never does answer Job’s legal complaint. The court case never makes it to judge or jury. That “triangle” of God’s goodness, Job’s righteousness and the belief that the good receive good and the bad, bad… is undone completely. God’s answer seems to be that creation simply doesn’t work that way. Nobody said life is always fair and just. One commentator explains, “The rhetorical questions regarding nature are not intended as punitive but instead as educative. After all, Job is a wisdom book meant for instruction.” “Job’s complaint was that disorder in his own life implied that creation had run amuck and worse yet, that God had abandoned his just rule over the world. The first speech by God suggests otherwise. Job 38 is not meant to explain what happened to Job in chapters 1-2, but rather to affirm that creation remains ordered by God.” (WP)

In God’s response to Job today, we hear in no uncertain terms that God is God. And that we don’t yet have God all figured out. 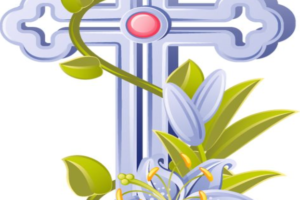