One of the ways the overall story of our faith can be understood is through the series of God’s promises. The bible as the “story of God’s promise.” God’s promise began, arguably, at creation, when God looked at all that had been created and declared it “very good.” After the flood, God made a promise through Noah in Genesis 9 that God would no longer use wanton destruction as a way of trying to solve the problem of evil. God made a promise of nationhood through Abraham later in Genesis and the promise of land through Moses in Deuteronomy. The Mosaic promise is different. It is a bilateral covenant with responsibilities on both sides: “I will be your God,” Yahweh promised, “and you will be my people.” And now here we are, many generations later, and the relationship between Yahweh and God’s people is again at a crossroads. Today we hear the next of God’s promises, found in 2 Samuel 7. Today Yahweh promises an everlasting kingdom, an everlasting legacy, everlasting love, to David, through the prophet Nathan.

The critical word on which the passage turns is “house.” Those crazy ancient Israelite writers loved a good word play! God’s promise is expressed through a pun based on 3 different meanings of the word “house.” At the beginning, we hear of David’s “house of cedar,” the physical structure, the palace, in which he lives. Then Yahweh speaks about having a house built, meaning a physical structure, a Temple, where the deity resides. Finally, Yahweh promises David through Nathan: “I will make you a house.” All of a sudden, “house” no longer refers to a physical structure, but to a dynasty. Yahweh goes on to make it clear: “I will raise up your offspring after you, who shall come forth from your body, and I will establish his kingdom. He shall build a house for my name, and I will establish the throne of his kingdom forever.”

The word play certainly has a sense of light-heartedness to it, but it also serves to underscore the crucial theological focus of the passage. That is, the relationship between Temple and dynasty. It creates a kind of role reversal… who is building a house for whom? Contrary to the expectations of newly minted kings in the Ancient Near East, David would not be the one to build Yahweh a house. It is actually a major fail in how to be a proper king. Instead, it would be his son, Solomon, who would eventually build a glorious Temple. For now, it turns out, Yahweh is the general contractor, building a house for David. The word play may stop there, but the theological turn has only begun. Yahweh goes on: “I will be a father to him, and he shall be a son to me.”

If we stop reading the passage here, it sounds as if the relationship between Yahweh and David is to be a 2-way street, similar to the conditional Mosaic covenant: “I will be your God, and you will be my people.” “I will be a father to him, and he shall be a son to me” sounds like the relationship between David and Yahweh simply continues in the familiar pattern. And so what comes next matters greatly: “When he commits iniquity, I will punish him with a rod such as mortals use, with blows inflicted by human beings. But I will not take my steadfast love from him, as I took it from Saul, whom I put away from before you. Your house and your kingdom shall be made sure forever before me; your throne shall be established forever.”

This is an unconditional, unilateral covenant. The relationship between David and David’s house and Yahweh, at least from Yahweh’s perspective, is not a 2-way street. It goes 1-way only: “I will not take my steadfast love from him.” It is an unconditional, forever promise by God that changes everything. Of this passage Walter Brueggeman writes: “I judge this oracle with its unconditional promise to David to be the most crucial theological statement in the Old Testament, but it is not the whole of Old Testament faith.” (258)

We will get to the “it is not the whole of Old Testament faith,” in a moment, but I want to stay with the stunning, extravagant and bold theological claim made by this unconditional promise. It is a great temptation to take out negative parts of the biblical story, like hearing about punishment with sentences such as: “when he commits iniquity, I will punish him with a rod such as mortals use, with blows inflicted by human beings…” But ignoring it keeps us in denial about at least two things. First, it is the truth and a strangely comforting one at that. Yahweh has no illusion that David is going to get things right. Yahweh says “when he messes up…” Not “if,” but “when.” When David does wrong, there will be consequences. We might not want to hear it, but it is truth, and it means we too don’t need to pretend otherwise. Second, if we don’t hear the hard part, we also don’t hear the extravagant and risky promise God makes. When David does wrong, there will be consequences, but those consequences won’t, and don’t, include losing God’s love. More, David and David’s descendants won’t lose the kingdom, no matter what. David’s house is secure forever.

It is, of course, also risky to remind people of God’s unconditional promise. How are we to achieve social control, insist on good behaviour, and have social standards if we talk about the unconditionality of God’s grace and love? As the biblical story goes on, David and David’s descendants do their level best to test the limits of Yahweh’s promise, but for God, a promise is a promise, and breaking it is not an option. And so God must find increasingly creative and risky ways to entice people, to romance and inspire them, to follow God’s will. To do as God’s commands. These creative and risky ways end up including sending a Son, part of God’s own heart, to earth as a human being, only to experience very human suffering and death.

Walter Brueggeman wrote: “I judge this oracle with its unconditional promise to David to be the most crucial theological statement in the Old Testament, but it is not the whole of Old Testament faith.” (258) 2 Samuel 7 is a crucial theological statement because it changes the theological conversation forever, introducing a dynastic role for the House of David. But this covenant, like other covenants, doesn’t negate what has gone before. That is what Brueggemann means by “it is not the whole of Old Testament faith.” Old Testament faith, indeed, biblical faith, includes both the “if” of the conditional covenant made with Moses, delineating all the ways in which God wants us to live, so that every living thing can live to the fullest. Biblical faith also includes the “nevertheless” of the unconditional Davidic covenant… you will make mistakes, even big ones, nevertheless, I will not take my love from you.

There is tension between the ‘if’ of the Mosaic covenant and the ‘nevertheless’ of the Davidic covenant, that exists throughout the bible, throughout our lives and indeed within the very heart of God. God’s heart is continually torn by God’s desire for us to live in peace with justice through sacrificial love. God wants us to hold up our end of the covenant that says: “I will be your God, and you will be my people.” And yet God also cannot break the unconditional promises made through Noah, with David, and through Jesus, that God continues to love us, no matter what. We can never be beyond the pale of forgiveness.

At our best, we live at the crossroads between working continually to get it right on the one hand, and resting in God’s mercy and grace on the other. We work to follow God’s law, to seek justice, to love mercy, to walk humbly with God, even though we will make mistakes every day. The good news is that God already knows this and God has made a way for us to really go for it, by promising to love us forever, regardless of whether or not we get our beliefs or our behaviour right. The unconditional promise God makes to David today comes to fruition in a new way in Jesus and remains in force for us to claim in new ways throughout our lives.

May we live in freedom through this stunning promise of God… through this “most crucial theological statement in the Old Testament,” making as many mistakes along the way as we need, to live our best lives, trusting that God’s word is reliable and that God is with us, always. 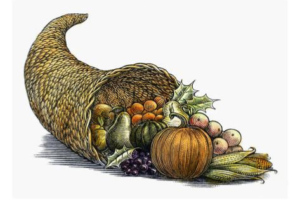 Eighteenth Sunday of Pentecost - Harvest Thanksgiving This Week at St.[...] 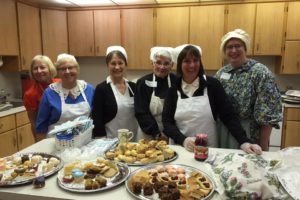 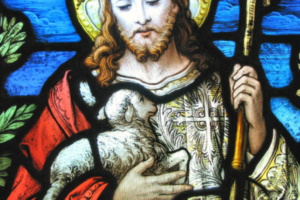