How do we know?

Much of that is rather high-minded and as such, it can be easy to dismiss. I know I am quickly lost in the realm of academic philosophy and yet I also know that the question of how we know what we know is fundamental to every aspect of our lives. The challenge is that the source of our knowledge is often something under the surface… it is the ground on which we think… and as such, it is one of the fundamental bases of conflict or simple difference of opinion. Academic philosophy might only be for a few, but bringing how we know what we know to the surface, to our consciousness, is an important part of connecting in every relationship and every community.

One of the most significant themes of this season of Easter is belief… coming to know Jesus as risen and alive. The question of epistemology – how do we know what we know – is the core of what Easter is about and it is why the season of Easter lasts 50 days. Accepting… embracing… the new and strange, and frankly unbelievable belief that Jesus was raised from the dead. Faith that life can come out of death doesn’t come immediately. It certainly didn’t for the first disciples. Through the fog of their grief at Jesus’ death, their first and primary reaction to news of Jesus’ empty tomb was fear and doubt. Getting through those strong emotions was and is the necessary first step in coming to new understanding and new life. Only after processing some of the emotion could they, and we, get on with the primary task of Easter: learning to see Jesus… again… or for the first time. How do we know that Jesus is risen and alive? What is the evidence to justify our belief? How do we know what we know?

An important source of knowledge are the stories that the first generation of believers told. We remember Thomas who wouldn’t believe the testimony of his friends when they proclaimed: “We have seen the Lord!” He needed his own, physical encounter with the Risen Christ, he needed to see and to touch, as the evidence for belief. In the Gospel of Luke last week we heard how even seeing and touching the resurrected Jesus wasn’t enough for some. Jesus had to eat a piece of fish in their presence and show them how his story fulfilled the promises of old from the scriptures. These stories demonstrate some of the sources of our knowledge… the evidence for belief… through the years. We know because we have seen. We know because we have touched. We know because we understand how Jesus fulfilled promises of scripture.

This kind of testimony from the first disciples, the stories of their encounters with the Risen Christ, often wasn’t enough to convince later generations. The challenging task of learning to see Jesus didn’t end with that first generation, but every generation since has been faced with the question: how do we know? What is the evidence for a belief in the Risen Christ? They are questions that comes up particularly when confronted with doubt and skepticism, whether from sources within or beyond ourselves. In the case of the community from which the Gospel and letters of John came, it was opponents to belief in the Risen Christ that created the need to offer evidence. Today we hear a section of epistemological argument from John’s first letter. “How do we know?” is the underlying question being responded to repeated with the phrase: “by this we know…”

Our passage today has us joining an argument mid-stream. The section began a few verses ago by referencing the tradition they received: “For this is the message you have heard from the beginning, that we should love one another.” (3:11) The writer goes on to contrast love and hate, referencing Cain’s hate and subsequent murder of his brother Able, concluding with the first verse of our passage today: “We know love by this, that he laid down his life for us – and we ought to lay down our lives for one another.” It is a high standard for our responsibility to love. The argument continues by offering some clarification, if not necessarily comfort, in the form of a rhetorical question: “How does God’s love abide in anyone who has the world’s goods and sees a brother or sister in need and yet refuses help?” The question points to a call to practice active love and the instruction follows: “let us love, not in word or speech, but in truth and action.”

The follow-up question… unasked but alluded to by the next phrase… is: How do we know we are living in and through and from truth? What is the evidence for truth? How do we verify our lives are lived “in truth”? It is as timely a question for us now as it was for those in John’s community confronted with skepticism… we know the question by the response: “By this we will know that we are from the truth…” It is a phrase that in this case points backwards, to the exhortation just given: “Let us love, not in word or speech, but in truth and action.” How do we know we are of truth? As one commentator describes: “If one’s conduct manifests ‘truth’, which in 1 John is the activated integrity of word and deed, then by such conduct the authenticity of one’s life is thereby ‘known,’ in the sense of being certified, not only by others but also by oneself.” (NIB, 421) In other words, we are living in truth when there is an active integrity between our words and our deeds, our speech and our actions. That is the evidence of truth.

The writer goes on to imagine 2 possibilities: (1) what if our “hearts,” meaning our consciences, “condemn us without full account of the evidence”? In that case, the reassurance is that there is a higher authority than ourselves: “God, who, unlike our fallible scruples, knows everything necessary to render a valid judgement.” (NIB, 422) Alternatively, (2) perhaps we simply stand assured before God, because “our hearts do not condemn us.” Either way, we are positioned to receive from God whatever we ask, with one critical condition: “because we obey his commandments and do what pleases him.” What commandments? Believe in Jesus and love… we will be known by our love. “Love one another, as I have loved you…” Jesus said. Love in word and in deed. These are God’s commandments enacted, embodied, lived by Jesus to show us the extent to which the command to love was meant: that he laid down his life for us. God didn’t just speak, or preach, or prophesy or command or instruct… in Jesus, God also acted out love. And God calls us to do likewise. To love in word and in deed.

How do we know? What evidence convinces us to believe that though he was crucified, Jesus is, in fact, risen and alive? How do we know we are living in truth? Generation after generation of the faithful have had to come to their own way of believing. Every generation needs evidence that makes sense to their way of thinking. We are all tasked with learning to see Jesus, risen and alive, not just once, but anew every Easter. How do you know Jesus?

The answer John gives today is about the congruence of our words and our deeds. The evidence of belief he says to look for is love lived out in action. We know God abides in us by the Spirit he has given us to inspire and encourage us in obeying his commandment to believe and to love… to believe by loving, in truth and in action. May our love be evidence enough so that the whole world may know God’s great abiding love.

Fourth Sunday after Pentecost – “What are you longing for?” 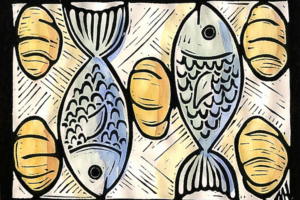 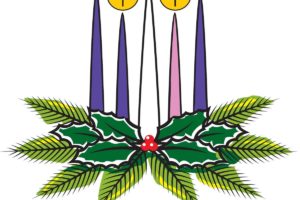