The stories we tell.

Story-telling is one of the basic and key characteristics of humanity. We tell stories about ourselves, about our communities, about God, about the world we live in. We tell stories to understand where we come from, to remember our history, to claim our inheritance. We tell stories to make meaning of whatever life brings to us. Of course we also avoid telling some stories… stories of failure or shame or disappointment… while we tell some stories over and over and over. Some stories get obviously bigger with each telling and others shift and change so subtly that we hardly realize it’s happening.

Brene Brown writes about stories in her work on healing, resiliency and personal development. She addresses how to enter our stories, and how to own them, so that we can write our own endings instead of being controlled by them. A key way she describes the process is with the phrase: “the story I’m making up.” The idea is that we make up stories continually through our experience of life. Things happen, people say or don’t say certain things, and we quickly apply meaning… we make up stories about what is going on. We make up stories about other people’s thoughts, intents or purposes. We make up stories about who we are, for better and for worse. The story we make up is our internal dialogue, and it can pass in a flash without our even realizing we’ve done anything.

For instance, we don’t hear from a friend for a while. We might make up a story that the person is mad with us about something. Or we might make up the story that that person always was kind of standoffish. Or we might make up the story that we’re just so unlovable that they obviously don’t want to be friends anymore. The possible stories are endless. We run into difficulty when we are not aware that these are stories we are actually making up, rather than them being somehow objectively true or real. It can wreak havoc on our relationships because when we live too much in the stories we make up, without checking them out, we aren’t actually connecting with others. The phrase “the story I’m making up is…” is particularly helpful, because it acknowledges our personal responsibility and agency in our journey through life. When we start recognizing our own power in making up stories, we also recognize that we can make them up differently. We can write our own ending, or a new ending. And that is the beginning of healing and living a more whole-hearted life of greater connection. Our scripture lessons today offer a fantastic example of the power of the stories we make up.

We start with Paul’s letter to the Romans. This story from Paul begins with an extended indictment of all of humanity, both Jews and Gentiles, before stating the solution is “the righteousness of God” made manifest in Jesus Christ and available to all through faith (3:21-22). In chapter 4, the more ancient story of Abraham provides Paul with evidence that it is faith that justifies. Paul takes pains to explain that though God’s covenant through Abraham was not actually unilateral and included responsibilities on Abraham’s part, it was Abraham’s faith that justified him. Paul writes: “He received the sign of circumcision as a seal of the righteousness that he had by faith while he was still uncircumcised. The purpose was to make him the ancestor of all who believe without being circumcised…” Abraham had God’s favour before he was circumcised, therefore it was his faith that mattered, or so the argument goes.

Paul goes on to support his thesis that everyone is included in God’s covenant through faith, by using the example of Abraham’s extraordinary faith. As we heard today: “Hoping against hope, [Abraham] believed that he would become ‘the father of many nations’…  He did not weaken in faith when he considered his own body, which was already as good as dead… No distrust made him waver conceding the promise of God, but he grew strong in his faith as he gave glory to God, being fully convinced that God was able to do what he had promised.” (vv 18-21) It is a glowing report of faith. As an example of faith, Abraham is clearly a hero to be emulated. It is a fantastic story… that helpfully, fully supports his point about the primacy of faith without waver.

When we flip back in the bulletin to our passage from Genesis 17, we see how well it supports Paul’s very point. But if we take a closer look, we notice that verses 8-14 are missing. When this happens, it is always good practice to be just a little suspicious… a little curious about what is being left out. A quick read often makes clear why the choice has been made. In this case, the key words are “as for…” After God’s initial appearance and opening statement, to which Abram falls on his face, God speaks: “As for me, this is my covenant with you…” and details what God promises to Abram. In the next section we heard today, God speaks to Abraham about his wife: “As for Sarai your wife…” She will be blessed and more importantly, she will become pregnant in her old age and bear a son through whom nations will rise. In the story these verses tell, Abraham is mostly passive. He never speaks. His only response comes after God’s opening statement when he falls on his face. With so little to work with, it is easy to fill in the blanks with Paul’s story about Abraham’s doubtless faith and the relative unimportance of circumcision.

So what about those missing verses? Verse 9 begins: “God said to Abraham, ‘As for you, you shall keep my covenant…” and continues to detail how “every male among you shall be circumcised.” The instructions are repetitive and specific, meant to be kept throughout the generations, including slaves born in their house. Verse 14 ends the section with: “Any uncircumcised male who is not circumcised in the flesh of his foreskin shall be cut off from his people; he has broken my covenant.” So, it turns out, circumcision was kind of important. But we can understand how the crafters of our lectionary wanted to support Paul, to build on the story he made up, about the primacy of faith. We are, after all, among the many Gentiles who have been grafted into God’s covenantal promises without needing to practice circumcision. And with a story where Abraham doesn’t speak or respond beyond the initial fall… well… it is easy for us to simply believe Paul’s story and his description of Abraham’s unwavering faith.

Until, that is… or unless… we read on in Genesis. Our passage ended at verse 16. Verse 17 reads: “Then Abraham fell on his face…” Just like at the beginning! A posture of reverence! See how devout and faithful he is! Except it continues: “Then Abraham fell on his face and laughed…” If a soundtrack was playing, this is where there’d be a ‘screech’ of the needle falling off the record… “and [Abraham] said to himself, ‘Can a child be be born to a man who is a hundred years old? Can Sarah, who is ninety years old bear a child?” Now laughing and having (completely sensible) questions rise in one’s soul… not to be spoken… doesn’t necessarily indicate a lack of faith. But it does take the bloom off the rose.

And the story continues: “And Abraham said to God, “O that Ishmael might live in your sight!” Another screech… It would seem that in the moments after his laughter and his internal questions, Abraham made up a story that what God suggested was impossible. He doesn’t quite say as much, because he’s a good and faithful guy. He just laughs at God’s good one and offers the solution he and Sarah and Hagar had already come up with, and implemented, and seen success with, in the birth of Ishmael. There’s faith in that too. But God is determined… and, apparently, not kidding. He replies: “No, but your wife Sarah shall bear you a son…” and repeats his covenant promise. And we know that it worked out, as God said it would, in the end. We are the evidence.

I appreciate a good story. And I appreciate Paul’s use of the good stories he knew to help him make meaning of Christ’s life and death and resurrection, and build understanding in his mission to spread this good news of Christ around the world. Paul faithfully told good stories… good news stories… following in the faithfulness of those who came before him. I might disagree with Paul about his characterization of Abraham’s unwavering faith but I still believe in Paul’s stories. The stories Paul made up have stuck and have had real, undeniable impact in the world, for millions upon millions of believers throughout the ages. Their effect is evidence enough. That alone should give us pause to consider our stories… the stories we make up. Because stories have power, for better and for worse.

So what is your story? What is the story of this community of St. Andrew’s?

What stories have we made up? And what stories do we need to check out by connecting with our own souls? with one another? with God?

Our stories guide us and so the more conscious we are of them and our role in creating them, the more wholeheartedly we live. Connecting our personal and communal sacred stories with the sacred stories we hear from scripture and from tradition connects us with the knowledge and experience of God through the ages. Following in the faithful footsteps of our ancestors, may the stories we make up be characterized by God’s mercy, love and grace. 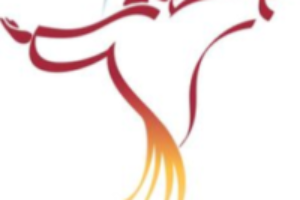 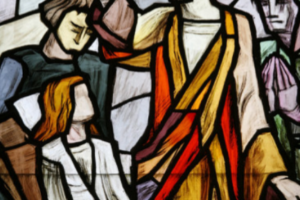